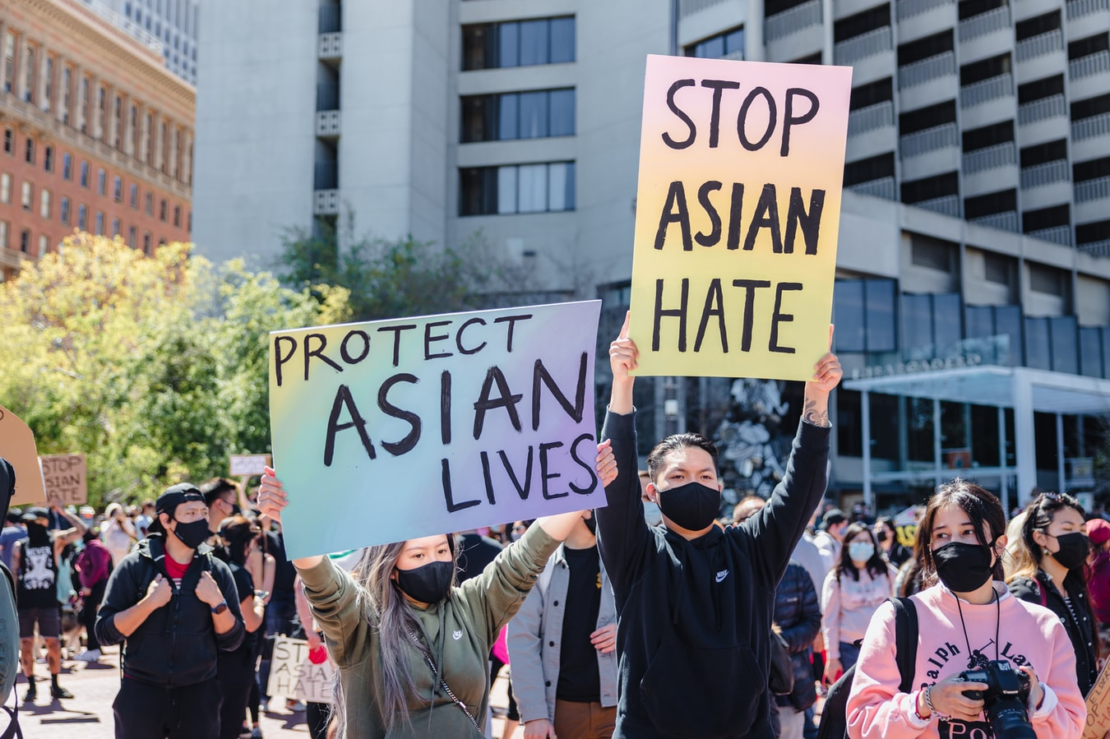 #StopAsianHate is a movement and subsequent hashtag that was created in March 2021, after a horrific series of shootings occurred in Atlanta. Eight people were killed. Among the eight murdered were six Asian women.

According to a research study performed by the Center for the Study of Hate & Extremism at California State University, anti-Asian hate crimes have increased by 169% in the first quarter of 2021, compared to data from 2020. Many people attribute the increase in hate crimes to the normalization of anti-Asian hate speech of the terms "China Virus" and "Kung Flu" and stigmatizing rhetoric most recently directed toward the Asian Community. While some found the remarks entertaining, others were emboldened to use the language and others took this as a call to action to bring harm to members of the Asian Community.

The movement #StopAsianHate may be a new hashtag but the need for the movement is long-standing. A global history of xenophobia, normalizing blatant racism and discrimination against Asians has existed for centuries. While attacks on the Asian Community appear to be a new anomaly in media headlines, racism against the Asian Community has deep roots. Your Asian friends have grown up hearing all the hate speech, slurs, and nasty jokes you have heard as an adult.

I Am Not Your "Model Minority"

Documented anti-Asian rhetoric dates back to the 1880s. A Google search of "Yellow Peril" will show you images of political cartoons, articles, and art with depictions of cartoonishly evil Asian men with exaggerated stereotyped features. Many of these include Uncle Sam removing the "danger" from the country, or depict Asians as evil, drunk, thieves. Since then, the widely spread stereotype that Asians are a "model minority" has spurred false narratives and micro-aggressions that have become normalized in American culture.

Asians excel at math, study harder than their peers, earn exceptional grades, are good laborers, become doctors, and are good with technology. Sound familiar? It can be confusing because while these attributes may seem like compliments, they can be harmful to Asians who don't fit this description. If these statements ring true of anyone, it is not because they are Asian. Racist stereotypes negate the hard work it takes to become proficient in any skill. It reduces the individual efforts, sacrifice, and dedication that it took to succeed. The "model minority" myth makes a sweeping generalization about all Asians and separates the Asian community from other racial minorities and people of color (POC). Normalizing the "model minority" myth removes our voice from conversations about racism.

The term “model minority” continues to cause harm by attempting to communicate that racial minorities can achieve the "American Dream". And more specifically, that despite not being white, the Asian community can succeed in America. This "model minority" myth is also used to discredit the racism and injustice experienced by Black Americans. Black folks seeking social justice, economic justice, and civil rights were disregarded because of the "American Dream" that the Asian community seemingly achieved. The term problematically insinuates that if Black Americans tried harder, they could overcome racism and discriminatory practices.

We're in This Together: "Yellow Peril for Black Power"

Consider the carefully crafted, intentional construction of colorism where lighter-skinned East Asians are “celebrated” and Asians with darker skin (e.g., South Asian, Pacific Islander) are excluded. Not to mention the intentional wedge created between Asian and Black communities through the use of said colorism. Dismantling white supremacy requires not only solidarity from people of marginalized groups, but also from people of non-marginalized groups, as we all work to support each other’s needs and causes. "Yellow Peril for Black Power" does not mean we equate our struggles. The atrocities, suffering, and pains felt in both the Asian and Black communities are unique, but we must fight for equity and justice together. We will not co-opt a movement and say Asian Lives Matter but instead continue to demand Stop Asian Hate while supporting Black Lives Matter.

One of the biggest culprits of normalizing Asian Stereotypes is mainstream media. When you think of your favorite Asian characters, are the women “dragon ladies” or “china dolls”? Are the men martial artists, gang members, tech whizzes, or nerds who get their math homework stolen? These are long-standing stereotypes that reduce Asians to tropes instead of full-fledged characters. And yet, these tropes are what Asian folks consuming western media saw growing up. When we had the privilege of seeing anyone who looked like us on screen, they did not exist to have character growth, they were instead fetishized or used to pass along wisdom to the white protagonist. The harm continued in pieces based on Asian stories intended for Asian protagonists that were instead given to white leads. As creators, we have a responsibility to disengage from stereotype and create characters that allow people to see themselves authentically represented, as joyful individuals that persist through struggles who exist not to further someone else’s narrative, but to celebrate their own.

So, You Want to Be an Ally?

Being an ally requires active participation and a willingness to see change. Recognize that as public anti-Asian rhetoric is exponentially increasing the need for allies also increases. Speak up when someone is making an anti-Asian joke, highlight the Asian community in your spaces of influence and encourage others to do the same. Consuming Asian media and supporting Asian-owned businesses are ways to economically support the Asian community.

Allyship also includes accountability. Hold non-Asian businesses, media, writers, and artists who profit from Asian culture accountable. Hold yourself, your friends, and your family accountable by examining your inner biases, unlearning indoctrinated stereotypes or generalizations, and educate yourself. Be mindful that your Asian friends may be afraid and grieving and it may not be appropriate to lean on them for guidance in your personal growth. If you are ready to ramp up your participation, you can learn how to be an active bystander or attend demonstrations and rallies. If having feet on the ground is not your lane, you can also support demonstrations by donating supplies, money, and engaging your social media networks by resharing information and events from credible sources.

More and more time has passed since the first "China Virus" was uttered, and I still wonder why so few have reached or spoken out. Our non-POC friends or family do not seem worried that people who look like us are being murdered simply for looking like us. Media outlets and the judicial system mislabel these hate crimes as mass shootings brought on by bad days or crimes of desperation. Many of us are afraid for our families and will not vocalize our disappointment in the lack of support received from our peers, and just internally wonder why there is silence. Asking people to make space for you can be uncomfortable and even more complex when you are asking for support from the oppressor.

We ask that you please hold space for our anxiety, our fear, our hurt. Help us to #StopAsianHate.