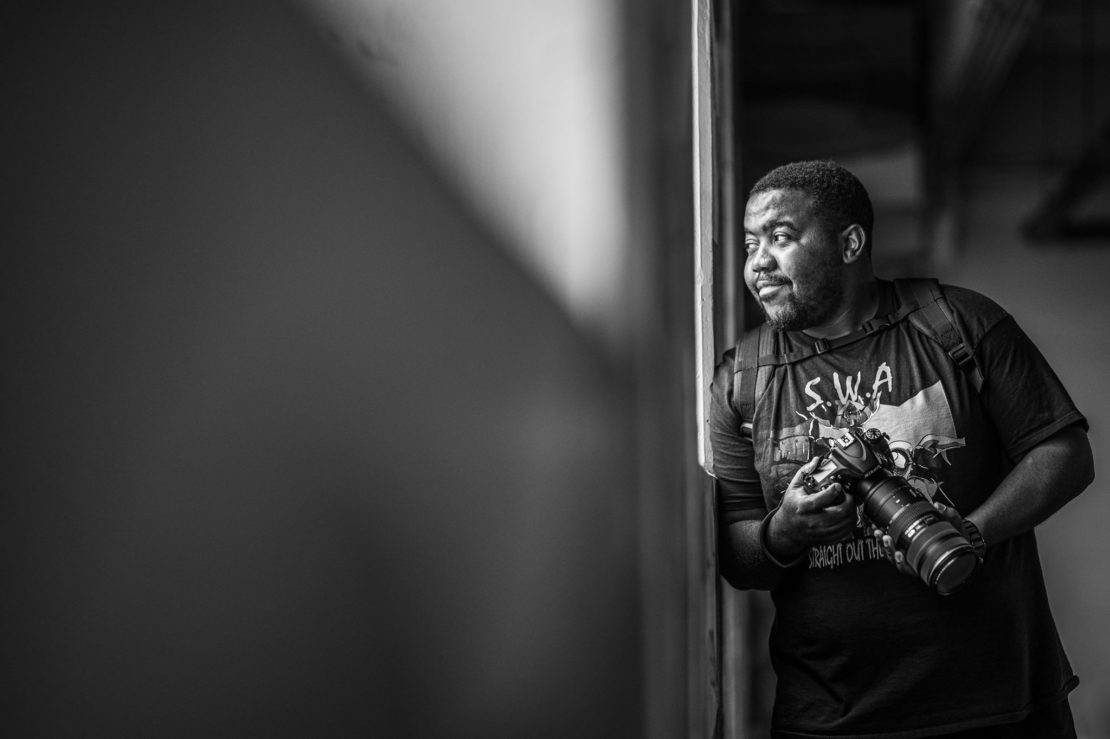 It’s no secret that Iron Galaxy wouldn’t be able to release so many great games without our talented group of developers. On social media, we like to give our amazing fans a chance to learn more about the developers working on some of their favorite games. To do that, we decided to put together a blog series - #MeetIronGalaxy.

Yohanne Mwale, a Quality Assurance Lead based in our Orlando studio, started working at Iron Galaxy during COVID-19 after going through the entire hiring process remotely via Zoom. Though Yohanne is still fairly new to Iron Galaxy, he's been working in the industry for nearly 15 years. Read our Q&A interview to learn more about Yohanne below!

What is something that no one at IG knows about you?
I used to write and perform rap music since I was a teenager in South Africa. One of the highlights of my time in the music scene in the US was getting to open for Afroman, as he was one of my favorite artists when I was younger.

Where do you consider to be your hometown?
I was born in a little town called Ndola in Zambia, which is south-central Africa. I spent my entire teenage time in South Africa before my family moved to the United States. I consider Orlando my hometown because even though I was already 18 when I came here, so much of the person I have become is informed by my experiences here.

What moment in your Iron Galaxy career made you most proud?
So far? Getting the call that I got the gig.

What about the gaming industry drew you in initially?
I’ll never forget the first time I read about Electronic Arts in a PC Format Magazine. I was in the 9th or 10th grade (that detail escapes me at this time ). I read about the founders of EA and how they wanted to answer the question “Can a computer make you cry?”...I found out later obviously it was all marketing but by then it was too late. I was in. When you’re a nerd with hobbies ranging from music to movies to gaming, and you spend most of your free young life outside of time with friends, glued to a screen, eventually you’re going to get curious about how these things get made if you weren’t already curious to begin with. Anyway, reading about EA at the time, it made me want to be part of the industry. Lo and behold, my first foot in the industry was at EA Sports in the fall of 2005.

How has your work situation changed as we’ve transitioned to WFH for the COVID-19 situation?
Working from home has its logistical challenges but I am a very into it. I like to see the positives in things, saving money on gas, not going out and spending money eating or socializing. Those little things that add up. It's nice to get to reevaluate and prioritize the things we need.

What are some of your tips for WFH during the coronavirus?
Don’t get used to not being around people, that can be a tough one to come back from. It’s cliché but some sort of normal routine is always a good thing. Also, go outside… take a walk, sit outside, enjoy the sun and fresh air. It's good for the soul.

What fictional world would you like to visit for a week? Given the chance, which character in that world would you swap places with?
This is a loaded question… but easy… Batman in Arkham Origins, except I’d take Alfred's advice at the beginning of the game and just enjoy staying home for the week :D

Favorite movie that bombed?
It didn’t bomb commercially, it bombed critically… but I love Batman V Superman with every fiber of my being and will explain in detail exactly why to anyone who wants to know.

What game have you put the most time into?
Division 1… Division 2… The original Call of Duty Modern Warfare…. One of those.

Is there a genre of game that you think doesn’t get the respect it deserves?
Easy, first-person and third-person shooters… People like to speak of them as though they are just derivative trash with no substance but more often than not, that’s far from the truth. The first game to ever get an emotional response out of me was Modern Warfare 2… General Shepherd's Betrayal… I’ll never forget that scene. Uncharted… every single one… has some semblance of humanity most don’t… Gears 5 – The Decision. Halo 4… Masterchief (a career soldier) says no to a direct command from a superior officer for the first time, gave me goosebumps. Point is, the writing and the gameplay is all that matters.. not the genre.

If you could only eat one food for the rest of your life, what would it be?
Five Guys cheeseburger with lettuce tomato, onions and mushrooms. Cause you don’t always have to eat it as a burger...

What is your favorite travel spot that you have visited?
New York City. I grew up in Johannesburg South Africa, I’m a big city kid at heart. NYC will always hold a special place in my heart.

What is one place you have never been to and would like to visit?
Rome

What is the best book series you have ever read?
Every history book I have ever read… I value them more than any other book, educational or fictional. History is one of the greatest teachers we have if not the greatest. I value its lessons.

Hobbies outside of conquering the game development world?
I still love rap music and sometimes I miss making it. But Photography is another passion of mine. I used to love video editing, I might get back into that soon.

What is something that you feel everyone must do at least once in their life?
Take a punch. Proverbially or otherwise. Taking a punch is another one of life's great teachers. You learn a lot about yourself when you take a punch. How much pain you can handle. What it's like to inflict it. What it like to feel something you wouldn’t want to feel. Feel fear, even if you know its coming. There is a slight fear of taking a punch the first time. Even in a controlled environment. But it's good for the soul. Teaches us to respect the things we can't control and think before we act. But most importantly, it teaches us that the pain subsides and you keep on living.

What's one thing you've always wanted to do creatively?
Deliver a game I came up with and designed.

What underrated superpower do you wish you could have?
Reading people's minds isn’t that underrated but it also kinda is… Charles Xavier could have done much more with it.

You get 1 wish, the only rule is you can’t wish for more wishes, what do you wish for?
To have more money than all the world's wealthiest people combined. Money is freedom. You can do a lot with it. For family, yourself, strangers, small businesses, communities. If people with the right mindset had that kinda money, the world would be very different.