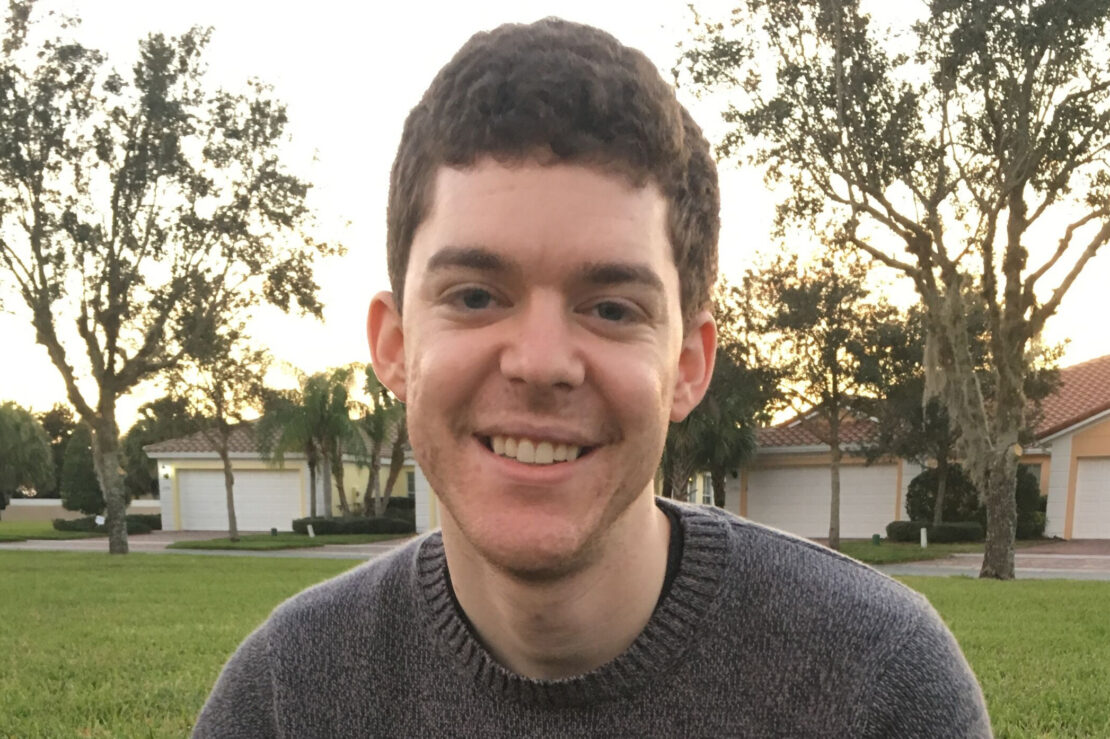 At Iron Galaxy, our engineers are the people who are executing our games from concept to reality. This interview series is a chance to learn about our unique individuals and their personal experiences with crafting our games. Stay tuned to this recurring series for insight on who is paving waves in the games industry at IG.

Today, we’re talking to Travis Fort, an Orlando-based Software Engineer who works in the Tech Department. Travis interned with us in August 2017, converted to Full-Time 6 months later and has been with us ever since.

Iron Galaxy: Who are you and what would you say you do here at Iron Galaxy?

Travis Fort: Hello! My name is Travis and I mostly do game engine programming. Among other things, I've worked on graphics, audio, and platform code. At Iron Galaxy, I've shipped Overwatch (Nintendo Switch) and Dreadnought (PS4).

IG: What is the most challenging aspect of your job?

TF: As a generalist programmer, I have to be ready to jump into a new programming discipline at a moment's notice. Recently, I've been taking a deep dive into graphics programming, working closely with graphics programming specialists on cross platform rendering code. It's both challenging and extremely fun! I appreciate learning new things and adding new tools to my toolbelt.

IG: What is the one skill you learned growing up that you use the most in your role?

TF: One of the most valuable skills to have in the industry is collaboration. No game is made in a vacuum - being able to communicate and work effectively with others is essential. Growing up, I had many opportunities to practice being a good teammate, whether it was a school project or as part of a sports team. I didn't realize at the time how important it would be for my future job!

IG: What has been your proudest moment as a member of the Iron Galaxy team?

TF: As a part of the Overwatch team, I spent months working on performance optimizations for the audio code. I worked closely with the audio content team to make tradeoffs between maintaining a large number of sounds and getting the game to run at the target frame rate. When the game released, one of the review videos specifically mentioned the audio and how well it held up on the Nintendo Switch. At that moment I had a great sense of pride about my work!

IG: If you could give someone who wanted to follow in your career footsteps one piece of advice, what would it be?

TF: Don't be afraid to try new things! When I first started my studies, I wanted to become a game designer. I was not interested in coding at all! The more I learned about how games are actually made, the more curious I became. I started to dabble in programming and recreated some classic arcade games. Eventually, I realized I was just as interested in game programming as I was in game designing, so I made the switch. I am quite happy with where I am now!

IG: What is the best thing about making games for a living?

TF: As a kid, games were always a place of comfort, excitement, and friendship. The fact that I get to spend my working hours in that same space is a great privilege. Also, working on a game that is played by millions of people is pretty satisfying.

IG: What is your favorite perk associated with your job?

TF: I am a huge Blizzard fan and I was able to attend BlizzCon thanks to Iron Galaxy. Checked that off the bucket list! Also, I was able to hang out with some of the kind folks at Blizzard who I worked with on Overwatch. Overall, I'd say being a games industry insider definitely has its benefits.

IG: What was the Intern experience at IG like and how did it prepare you for a job in the games industry?

TF: As an intern, I was treated about the same as any other employee! I was immediately thrown into fixing bugs and working in a live game environment. I had great teammates that helped me out if I had any questions. In other words, my internship was essentially my first job in the industry.

IG: What led you to continue your career at IG, post-internship?

TF: I enjoyed the combination of interesting work, great culture, and work-life balance I found at Iron Galaxy. It was a no-brainer to stay here!

IG: What do you think the key is to creating games within the constraints of industry deadlines?

TF: There definitely can be pressure to deliver important features or optimizations, especially as you get closer to a release date. I believe the key is communication. Often, your team can give invaluable insights to help you solve the problems in your way.

IG: What is your favorite part about collaborating with the other disciplines at the studio?

TF: It's always inspiring to work with the other disciplines! Artists have discerning eyes and are able to spot visual defects instantly. Designers are incredible systems thinkers who leave no stone unturned. Producers are excel wizards and organizational masters. QA are persistent game masters and the unsung heroes of game development (... the list goes on!). To sum it up, I'd say my favorite part is seeing how the other disciplines think and approach their problems.

IG: What is it like being on the programming team at Iron Galaxy? What is your favorite part about it?

TF: The programmers at Iron Galaxy are some of the kindest and most talented in the entire industry. I always am picking up little tips and tricks from watching my coworkers code. There is a great amount of knowledge sharing, whether in a one on one setting or through our various programming groups. Being a programmer at Iron Galaxy is all about continuous learning, teamwork, and making great games.

IG: What is your favorite pro-tip for working from home?

TF: Go for a walk every once in awhile! Especially if you're stuck on something. I find that doing something other than work helps me solve problems.

IG: What is something you feel everyone must do once in their life?

TF: I believe everyone should visit a national park (or equivalent if you're not in the US)! I went to Yellowstone and the Grand Teton mountains. There is something about being in nature, seeing awe-inspiring wildlife, mountains, and scenery, that helps give life some perspective.

IG: What is something you have always wanted to create?

TF: I've always wanted to release an indie game! I'm working on one right now in my free time after work. I'm the kind of person to have a million side projects at once, so I'm trying to focus on just one.

IG: If you could only eat one food for the rest of your life, what would you choose?

TF: I think I would go with sushi. Healthy, customizable, and delicious.

IG: What is one place that you hope to see one day?

TF: I would love to visit the Fushimi Inari-taisha shrine in Japan one day. The torii gates and fox statues at the shrine are not only beautiful, but inspired Nintendo's Star Fox series.

IG: What is one genre of games that you think is underrated?

TF: I am fond of the wholesome games movement. These games focus on the feelings of comfort and compassion. They hit home for me, especially given the tough times we are in at the moment. I'm looking forward to Little Witch in the Woods!

IG: What is your favorite book or series?

TF: 2001: A Space Odyssey. I love thinking about big philosophical questions. The book raises those questions, while at the same time providing an entertaining narrative of man vs machine. It also was adapted into a movie, which is considered one of the greatest science fiction movies of all time.

IG: If you could pick a song to play every time you entered the room, what would it be?

TF: The song that plays at the beginning of Month Python and the Holy Grail. Preferably with someone clopping coconuts behind me as I enter.

IG: What game have you spent the most time playing?

IG: Name a scene from a movie that makes you cry every time…

TF: That scene at the end of Inside Out where she finally comes back home and reunites with her parents. Gets me every time.

IG: What is the one superpower that you would like to have?

TF: I want the ability to clone myself. There simply isn't enough time in the day to do everything I want to do!

IG: You get one wish. You can’t wish for more wishes. What do you wish for?

IG: What fictional universe would you choose over our own? What if there was no coming back?

TF: World of Warcraft. However, I would reroll to a Warlock so I could summon my wife (and the dog) to join me.

Thanks for talking to us, Travis! Hold onto that wish and may your appreciation for collaboration remain forever standing. We're currently hiring engineers - check out our job listings and see if there's a fit for you. Other open positions are also available.