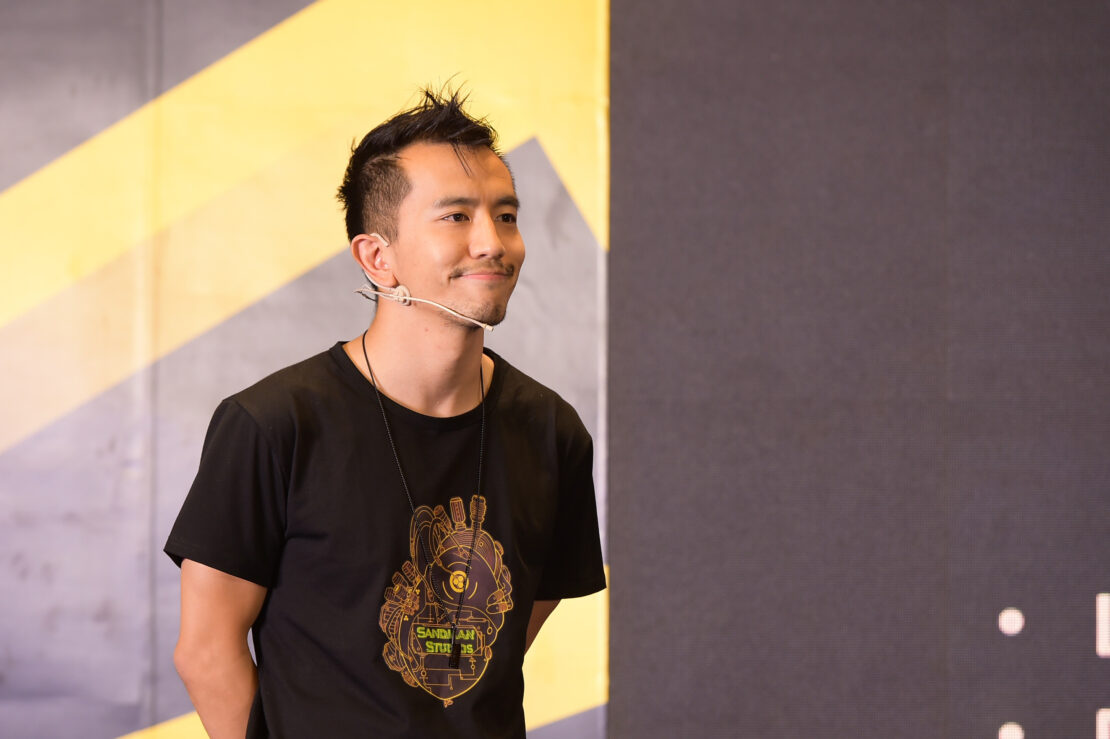 At Iron Galaxy, our designers are the people who turn software into amazing experiences for players. This interview series is a chance to learn about our unique individuals and their personal experiences with making our games. Stay tuned for insight on who is making waves in the games industry at IG.

Today, we’re talking to  Sam Wey, one of our Chicago teammates who works in the Design Department. Sam started with us in October 2020 and has been working on development for our new  Multiplayer Melee Combat IP for Consoles & PC. Sorry we can’t tell you more about that one.

Iron Galaxy: Hey Sam. Who are you and what would you say you do here at Iron Galaxy?

Sam Wey: Hi! I’m Sam Wey and I’m currently a Lead Level Designer at Iron Galaxy. My responsibilities include planning and implementing the spatial layout of the player’s experience. I strive to do this in a way that that is fun and effectively leverages the game’s mechanics.


IG: What would you say is the most challenging aspect of your job?

SW: I see the primary challenge of level design as making decisions that simultaneously balance many priorities at once. When designing levels, you’re frequently balancing the needs of gameplay, aesthetics, and the scope of your available time and resources. Depending on the project, you may also be juggling narrative considerations and the constraints of the technology.


IG: Sounds like a lot to balance at once. What is the one skill you learned growing up that you use the most in your role?

SW: This may sound like a cliché thing folks put on their resume, but communication skills are what I use most in my role. This is because, as a level designer, I work at the crossroads of many disciplines like engineering and art. Clearly conveying the needs of the game to team members empowers me to elegantly tie these disciplines together and craft a compelling experience.


IG: That skill must come in handy while working with different teams across the company. What has been your proudest moment as a member of the Iron Galaxy team?

SW: My proudest moment as a member of the Iron Galaxy team was unveiling a large new level layout for the team to experience during a playtest. When working on a game for a long time, I think it can be easy to become desensitized and accept the game as it is. I think many on the team were pleasantly shocked by how the experience improved with a well-considered level layout.

SW: When navigating your career, I think you're always juggling your current skill set, your interests, and the opportunities in front of you. My career path took me from being a 3D artist to level designer, game designer, and creative director. With this pivot from art to high-level planning and implementation in mind, one piece of advice I would give is to figure out what your core motivations are as a creative and let those drive your decision-making.


IG: Sound advice to live by. What is the best thing about making games for a living?

SW: The best thing about making games for a living is seeing players enjoy a world you've created in a medium that can be so immersive. Not every profession creates an end product that has such a visceral and experiential pay-off.


IG: A true treat indeed. What is your favorite perk associated with your job?

SW: My favorite perk associated with my job is the opportunity to work with others who are just as passionate about games. Not every industry has the ability to bring good people together like this.


IG: Have you always worked in games? What was your career experience like prior to working with us at IG?


SW: In 2006, I graduated from Columbia College Chicago as a film major with a concentration in computer animation. After graduating, a friend and I decided we wanted to move to Los Angeles, because it was the center of the entertainment industry and we were eager to learn from the best.  My first game project was Legendary: The Box as a Jr. Environment Artist at Spark Unlimited.


At the time, I thought I wanted to work in feature or television animation as a character modeler, so I landed a job as a character modeler at Nickelodeon Animation Studios. I worked on Fanboy and Chum Chum and the Kung Fu Panda TV series. I got good at sculpting characters but found the linearity of the animation production pipeline stifling.

I realized that I had more high-level creative control and ownership in game development so, I jumped back into the game industry as a Sr. Environment Artist on Lost Planet 3. It was during this project where I worked hard to prove myself as a level designer and was put in charge of the final act of the game as well as two multiplayer levels.

I went on to work on games like Star Citizen, Friday the 13th, and Abzû. I eventually began exploring virtual reality and augmented reality with titles like Jurassic World: VR Expedition, Follow Me Dragon, and Bullet Time AR.


In 2018, my wife and I decided to move to Beijing so she could be closer to her parents. As a Chicago-born, Chinese American, this was also a cultural adventure for me.

It was here that I got my first Creative Director position at Sandman Studios. During my time there, I directed a VR Narrative called Fresh Out which made its world premiere at Venice Film Festival. I also did extensive prototyping for a VR, cyberpunk escape room, called A Thief has his Reasons.

Just before the pandemic, my wife and I decided to move back to Chicago to settle down and be closer to family. I‘ve since dabbled in virtual production and taught three semesters of Intro to Game Development at my alma mater, Columbia College Chicago. I’ve also been lucky enough to join the team here at Iron Galaxy.

IG: That’s an awesome body of work. Though, at IG, we do try to balance our jobs with our lives. What side ventures or passion projects are you working on currently?

SW: As a reaction to  A Thief has his Reasons  being cancelled, I decided to work on a small, scoped project that I felt I could ship on my own if necessary. I decided to leverage my experience with mobile AR and touch inputs to create a slow-motion shooter game. After a year and a half of development and with the help of a few friends, I released Bullet Time AR to the Google Play Store. It's free and pushes the limits of mobile AR as a room-scale experience.


IG: Tell us more about the previous projects. What are you most proud of?


SW: I’m most proud of Bullet Time AR, because getting a game out the door is extremely hard, especially as an indie developer with limited resources. I was also very proud of A Thief has his Reasons even though it was never completed. In VR, you played as a brain hacker who solves puzzles to break through layers of security and layers of subconscious as internal dialogue pushed the story forward. I felt I did a good job bringing together puzzle solving and narrative in a mutually reinforcing way on this project.


IG: What is your hometown?

SW: I grew up in Wilmette, IL. Twenty miles north of Chicago.


IG: We’re glad you could bring your journey full circle with us. What has been your favorite pro-tip for working from home?


IG: Aside from playing video games, what is a favorite hobby of yours?

SW: Besides video games, I really enjoy learning Brazilian Jiu-Jitsu. I've been training since about 2015 when I started with co-workers in Denver. It's addictive because of it's strategic depth. It’s been compared to chess, StarCraft, and Fight Club (except you talk about it all the time). It's an endless rabbit hole of attacks, counters, re-counters, and traps.


IG: What is something you have always wanted to create?


IG: What is one genre of games that you think is underrated?

SW: This might be broad, but from a game developer perspective I think designing games specifically for mobile is underrated. Mobile platforms offer unique touch, gesture, and camera inputs that deserve better than ports with on screen buttons.


IG: What was your favorite movie that bombed?

SW: The first Final Fantasy movie bombed but it was an initial inspiration for me to pursue 3D art.


IG: What is the one superpower that you would like to have?

SW: After watching all these shows with branching timelines, it might be cool to be able live out your life on different branches from key moments.


IG: You get one wish. You can’t wish for more wishes. What do you wish for?

SW: I wish my mangos were always ripe. Wishing for a solution to global warming might be more responsible though…


IG: Aside from a variant to the sacred timeline, what fictional universe would you choose over our own? What if there was no coming back?

SW: Fictional universes are mostly pretty terrifying! Maybe a peaceful town in a Hayao Miyazaki films after the main conflict has been resolved.


Thanks for talking to us, Sam! We’re excited to see what you’ve cooked up in the new IP and applaud your time management across your multiple jobs. See yourself fitting in with our Design team? We're currently hiring - check out our job listings and see if there's a fit for you. Other open positions are also available.