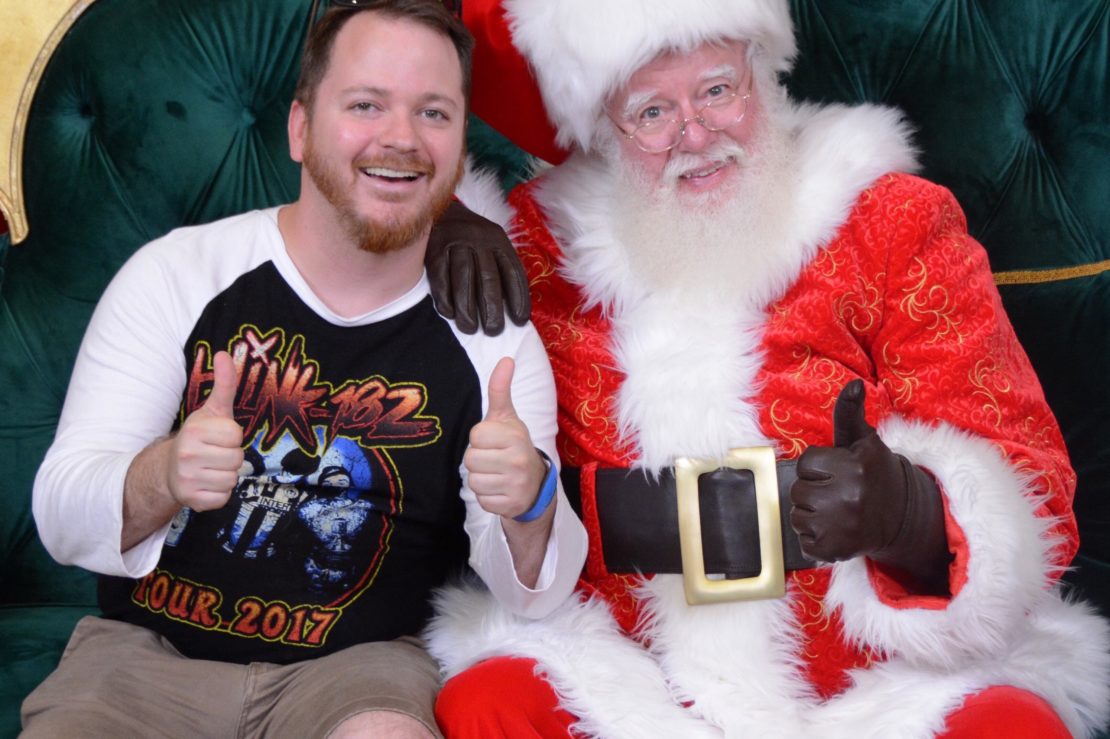 It’s no secret that Iron Galaxy wouldn’t be able to release so many great games without our talented group of developers. On social media and in real life, we like to remind fans that the developers working on some of their favorite games are people too, so we decided to put together a blog series - #MeetIronGalaxy.

Like many companies around the world, Iron Galaxy Studios has had to adapt to all of the changes that have popped up due to COVID-19. We transitioned to a "work from home" workplace in mid-March, but that transition didn't happen overnight. Our IT team has worked tirelessly to make this transition as smooth as possible, and Jordan Meeks, a Technical Support Engineer based in our Orlando studio, has been a crucial part of that.

What is your primary function at Iron Galaxy and what project(s) are you on?
I’m the Technical Support Engineer for the Orlando office. I take care of PC deployment, troubleshooting, and maintaining all hardware and IT infrastructure in the office. Being in IT I’m not necessarily on any projects, but I do essentially touch on all projects at one point or another as needs come up for onboarding, offboarding, and troubleshooting. I also provide an endless supply of puns, memes, and jokes my mom would shame me for if she ever heard them.

What kinds of things have you been working on with the IT Department so far during the WFH COVID-19 situation?
We’ve had to get inventive regarding making the WFH experience as close to the experience of working in the office. We have some teams who could take their machines home which is the more ideal option. Then we have others that have to use Remote Desktop or other remote access software to connect into their office PC’s because security guidelines won’t allow their machines to leave the office. With how quickly all this COVID-19 stuff came about we had a bit of a scramble to get everything ready but I think we’ve done a great job. We haven’t had any major roadblocks and any issues that have come up we’ve been able to handle quickly and efficiently.

What is something that no one at IG knows about you?
I share the same birthday as Eminem and was a total Slim Shady wannabe in 5th grade.

Where do you consider to be your hometown?
Sebring, FL. I lived there up until 2012 when I moved to Orlando for school.

What moment in your IG career made you most proud?
On my 2nd day, some sort of power issue in the building killed the UPS for all of our networking equipment. Not the kind of thing you want to happen in your first week lol. After I got everything back up and running my team joked that they’d understand if I didn’t show up the next day. 9 months later I’m still here ^__^

What about the gaming industry drew you in initially?
A couple of things. It’s a very creative industry and attracts creative minds which I think can lead to a really fun environment. Also, it’s a very accepting and laid back environment where people care more about what you can do vs how you’re dressed. I think people work more efficiently and happily if you let them work in the clothes they’re comfortable with. Jeans, a t-shirt, and a hoodie are comfortable to me, khakis with a tucked-in polo and dress shoes aren’t.

Is there a genre of game that you think doesn’t get the respect it deserves?
Simulation games, but like way more obscure titles. Goat Simulator was fun, but what if I want to see what being a beaver trying to build a dam would be like?

What are some of your tips for WFH during the coronavirus?
Try to have some natural light in your workspace. Dim lights in the comfort of your own home is going to present the urge to nap. Save your work constantly. You never know when a cat might decide to walk across your keyboard and mess stuff up.

What fictional world would you like to visit for a week? Given the chance, which character in that world would you swap places with?
Probably Middle Earth. Gandalf seemed to have an in everywhere he went so I’d swap places with him. Go smoke in the Shire, throw back a few in Rohan, then just chill out in Rivendell or Lothlórien.

Favorite movie that bombed?
It wasn’t a major bomb but Blade Runner 2049 was friggin amazing. The cinematography in that film is gorgeous.

What game have you put the most time into?
It’s a real toss-up between Tony Hawk’s Pro Skater 2 and the original Star Wars: Knights of the Old Republic. Nearly 20 years later for both of them and I still play them on the regular.

What was the last concert you went to?
Motion City Soundtrack at House of Blues. Was pretty cool seeing a band live again that I remember seeing live 15 years ago. I was also looking forward to seeing Alkaline Trio in Chicago next month but Corona had to go and ruin that -____- .

What is the best book series you have ever read?
The Star Wars Darth Bane trilogy probably. I could read those over and over and never get tired of them. It follows the rise and fall of Darth Bane, the Sith Lord who created the rule of two and lineage of Sith Lords that lead to Darth Vader and Darth Sidious destroying the Jedi Order.

What is something that you feel everyone must do at least once in their life?
Travel alone somewhere that you don’t know anyone. You can learn a lot about yourself.

If you could only eat one food for the rest of your life, what would it be?
Tacos. If I had to pick a specific one it would be the Black Rooster Asada from Black Rooster Taqueria over off Mills Ave. Seared beef, applewood smoked bacon, Oaxaca cheese, and pickled chile poblano.

What’s something you want to try and cook while you’re quarantined/WFH?
I’ll probably try out some new soups and chilis in my Instant Pot. Definitely a good time for it since I’ll be at home a lot and save some money.

What is your favorite travel spot that you have visited?
Mount Pilatus when I visited Lucerne, Switzerland. One of the most beautiful sites I’ve ever seen.

Given a time machine that could put you anyplace in the past for 3 days, where would you go? Given the chance, which character in that world would you swap places with?
Not sure about what character I’d swap places with but if I could go back to the summer of 2002 I would find a 3 day stretch of tour dates of the Pop Disaster Tour and hit those up. I was “too young” at that time for concerts and missed a chance to see blink-182, Green Day, and Jimmy Eat World all in one night.

What underrated superpower do you wish you could have?
Probability manipulation (luck).

You get 1 wish, the only rule is you can’t wish for more wishes, what do you wish for?
Being 7 or 8 inches taller would be awesome. Having to get pants hemmed anytime I buy a new pair is a pain in the ass.

What music album would you say had the biggest influence on you growing up?
Mine would have to be blink-182’s The Mark, Tom, and Travis Show live album. 1 hour and 11 minutes of fun, energetic pop-punk music and toilet humor that essentially shaped my personality and sense of humor into what they are today.