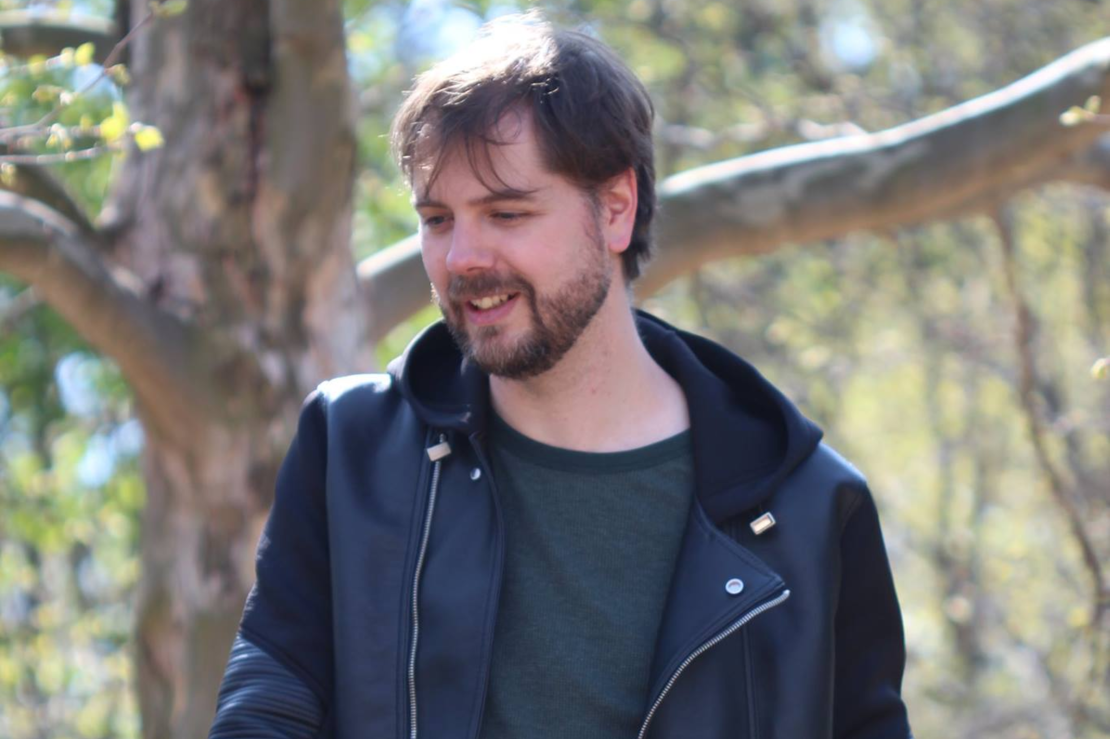 At Iron Galaxy, our inspired and talented people are the most important ingredient in the recipe we use to make games. This recurring series of interviews is a chance for us to introduce them to you and let them tell their story. Pull up a chair and get to know one of us.

Today, we’re talking to Joe Grant, who works in the Art Department. As part of our mission of diversity and inclusion, he is the lead of our Neuro-Divergent Group.

Let's put him to the question!

Iron Galaxy: Who are you and what would you say you do here at Iron Galaxy?

Joe Grant: Hello, my name is Joe, and I am a game developer. This is usually the part in twelve step programs where you over-share about yourself? I’m a Senior Environment Artist, and I do a lot of optimization and material work. I end up wearing a lot of hats, filling in wherever we’re short.

IG: Sounds like a tough gig. What is the most challenging aspect of your job?

JG: Constantly keeping up to date on new techniques, and figuring out which of those is a valid avenue for development, or just a dead-end or not quite ready for prime-time.

IG: What has been your proudest moment as a member of the Iron Galaxy team?

JG: Season 03 of Killer Instinct, Eagle and Thunder’s costume and character designers. That our team consulted with the Nez Perce and got their input and feedback on the designs is a high point, and one I’ll always come back to. I was on the project, but I didn't actually work on the Nez Perce part of the project. It's just a go to for something I think IG did right. It was the effort of representation, something I think is very important. The more of that we do, I think will have a lasting impact on the communities that build up around our games.

Learn more about the experience here.

IG: If you could give someone who wanted to follow in your career footsteps one piece of advice, what would it be?

JG: Play with the toys. Learn the new software before it becomes standard. Keep an eye on the open source scene, as most of the experimental stuff will be there years before a company like Adobe or Autodesk starts pushing them. Follow blogs like 80.lv to see what people are doing. Be part of the discussion.

IG: What is the best thing about making games for a living?

JG: Seeing the cool stuff people are doing, looking at what they have done and wondering how they did some cool effect or material.

IG: What is your favorite perk associated with your job?

JG: Playing with the toys. I like tooling around in blueprint or substance or some new software/tool to see how it works.

IG: There you are, following your own advice. What is the one skill you learned growing up that you use the most in your role?

JG: Not letting people tell me what I can’t do. I had a lot of health problems, in addition to ADD, that were severe enough to affect my education. People with no experience with ADD love to place limitations on you. Sometimes, it’s for a benign reason, like not wanting you to fail. Failing is part of life, and sometimes helps you grow more than succeeding.

IG: It's awesome that you are helping some of our own people to overcome similar challenges in their lives. Can you share more about the Neuro-Divergent group here at IG? What is your involvement and how does it support some of our devs?

JG: The Neuro-Divergent group is very informal. It’s a place to vent, be yourself, ask about medications, or help. My involvement is light moderation and occasionally sharing articles and talks I find.

IG: During Autism Acceptance Month, what would you want our community to learn?

JG: Now, I’m Neuro-Divergent, but I’m not Autistic. ADD is a spectrum all on its own. The two often coincide but are very different.

That said, most of the language and activism around Autism is done by people who are not autistic, and much of what they advocate for is actively harmful to the community that they claim to represent. The campaign itself was started by Autism speaks, which meets many of the criteria of a hate group. Avoid any light it up blue or puzzle piece symbolism.

For April, I’d ask that people try to change the way they think about these awareness campaigns. We’re all aware, and it’s not helping. Places like Autism Self Advocacy Network are changing the language, and the concept, from Awareness to Acceptance. Awareness is passive, makes you feel like you've done something to help without actually doing anything. Acceptance is active. It’s difficult. Pay attention to the language used, and who's saying it.

IG: How can we all make the world a better place for people who live with Autism?

Accept them. Help when wanted and be prepared to learn some unpleasant things about yourself and your pre-conceptions. Untangling the nest of bad actors around this will take time and will involve a lot of self-reflection and rejecting a lot of heavily ingrained, eugenics based pre-conceptions.

Here’s a few places for good information that were recommended to me.

IG: Thank you so much for sharing all of that with us! Let's talk more about your day to day life. What is your favorite pro-tip for working from home?

JG: Prepare for the day like you were leaving for the office. It helps you mentally separate your work from your home.

IG: Aside from playing video games, what is a favorite hobby of yours?

JG: Baking. Mostly bread, I got a sour dough culture from a co-worker of Renee’s [Partner]. So far, it’s been suspiciously resilient and tasty, so I’m not one hundred percent convinced he didn’t do some tinkering in the lab.

IG: What is something you feel everyone must do once in their life?

JG: Travel some place where you’re the ‘other’, where you don’t speak the language and you don’t automatically fit in.

IG: What is something you have always wanted to create?

JG: An RPG with some other form of conflict resolution than combat. I’ve worked in the industry for closing on two decades, and I’ve never worked on my favorite genre.

IG: If you could only eat one food for the rest of your life, what would you choose?

JG: Sandwiches, because by the powers of justification and rationalization combined, I can call pretty much anything a sandwich.

IG: What is your favorite book or series?

JG: This is a hard one. Currently? Murderbot diaries by Martha Wells. The Author is ND, and a lot has been said about the Novella’s subtexts and how they mirror the experiences of Trans and ND people.

IG: What was the last concert you saw?

JG: Social Distortion. It was a great show, with one of the most diverse groups of fans I’ve seen at a concert in ages. You may think you’re punk, but you’ll never be as punk as a little girl with corn-rows and a pink tutu jumping into the mosh-pit.

IG: If you could pick a song to play every time you entered the room, what would it be?

JG: Hells Bells, AC/DC. It has everything you need for a good walk in, and lends itself well to laser shows, smoke machines and maniacal laughter.

IG: What movie have you seen the most times?

JG: Probably the Last Starfighter. It’s a go to for me.

IG: Every gamer secretly hopes to be selected to save the world with their skills. What was your favorite movie that bombed?

JG: This changes a lot, but right now I think it’s the Postman. I don’t think people at the time were ready for how prescient about our current situation it was.

IG: What is the one superpower that you would like to have?

JG: More of a class of Cybernetics. The idea of fixing or replacing broken parts appeals to me on a base line level.

IG: What fictional universe would you choose over our own? What if there was no coming back?

JG: Star Trek. It always seems like it would be a good universe to just exist in. Plus space ships.


IG: Not to mention a whole galaxy of world art. If you could have dinner with anyone in the world, who would you invite?

JG: Will Wheaton. Some similar lived experience and Stand by Me is a formative movie of my childhood.

Thanks for talking to us, Joe! Keep that career on track, and move quickly over the bridges.

If this kind of work sounds like something you'd enjoy, we're currently hiring. Check out our job listings to see if there's a place for you on our team!