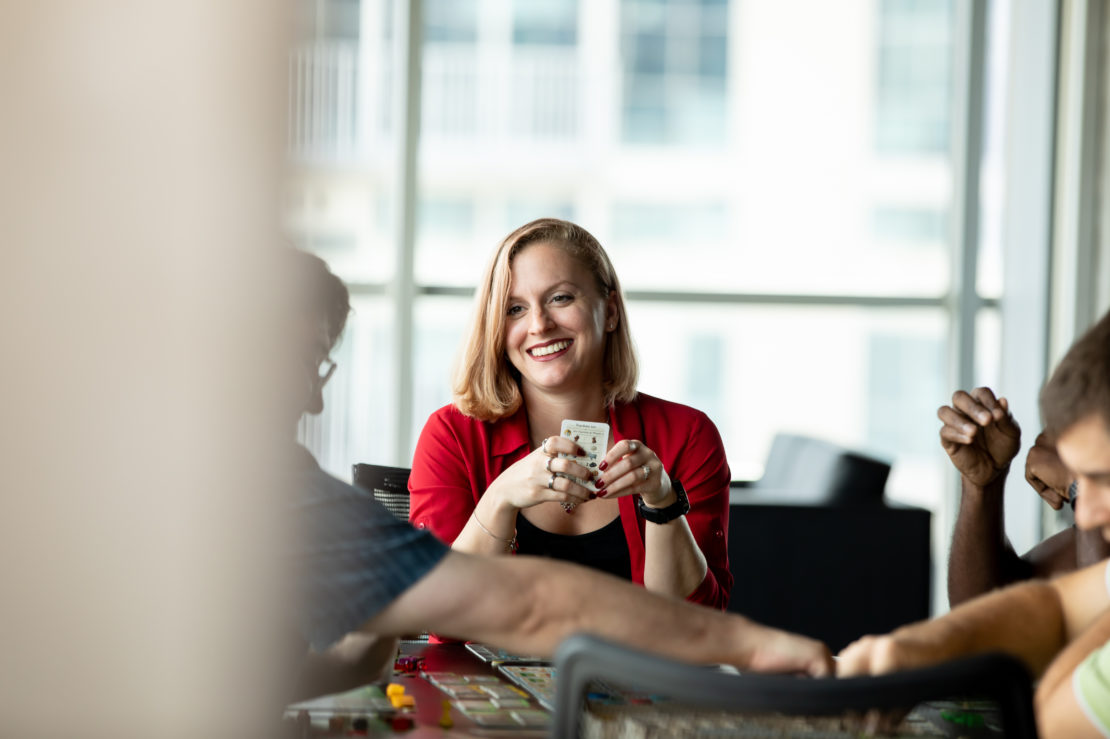 It’s no secret that Iron Galaxy wouldn’t be able to release so many great games without our talented group of developers. On social media and in real life, I like to remind fans that the developers working on some of their favorite games are people too, so I decided to put together a new blog series - #MeetIronGalaxy. The goal is to put the spotlight on individual members from our talented team and let fans get to know a little bit more about how each of us got our start in games, what we like to eat, and what we’ve been playing lately!

Meet Erica Fernandez, a Designer who works out of our Orlando studio. When Erica isn't working to make sure that our games are running the way they are supposed to, she enjoys rock climbing, fishing, lobstering and going to Disneyworld. Erica loves Disney so much that her fiance proposed to her there! Erica's favorite game of all time is Legend of Zelda - her cat is even named Link! Erica also enjoys playing games from the Tales series and Fire Emblem.