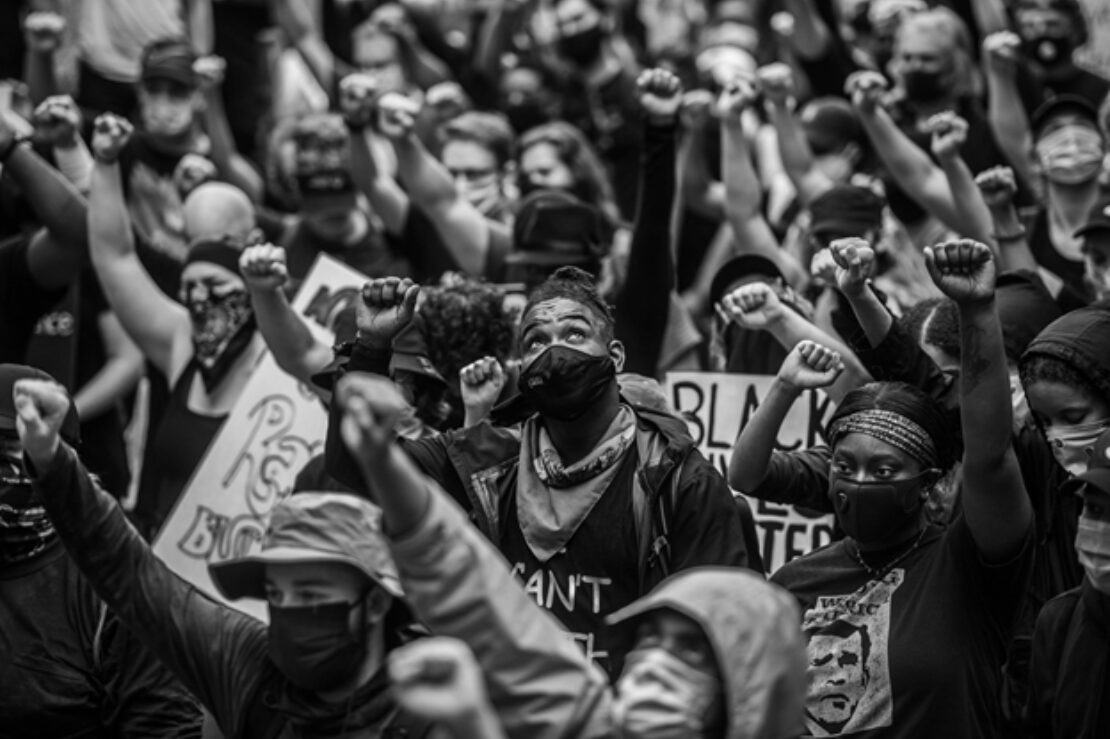 I’ve spent a good amount of time writing and rewriting my experience contemplating the journey, the struggles, and the contributions made by black people. Black history is a lot to unpack. It’s beautiful and tragic, inspiring and magic… and frustrating… and infuriating… and so much more.

A little background on me: I didn’t grow up in the United States. I grew up in post-apartheid South Africa. I have seen things people have only seen in movies. Things I can’t even begin to reconcile with that frustrate the soul. Violent things.

What’s weird is, at the time, it was an interesting sort of disconnect that allowed me to navigate the world still yet filled with hope - a young ignorance, I suppose. Initially, the experiences that tore away at my spirit of hope were ones of loss. My initial spiritual dampening was not brought on by the world I inhabited in my younger days in post-apartheid South Africa.

It didn’t occur to me until I was older and living here in America, seeing what was popping up in the news day and night, that I truly awakened to the reality. I began to remember micro aggressions and mistreatment I hadn’t even realized was such until all these years later when I was in my early 20s. Whatever misconception I had of how the world might perceive me was shattered.

I learned, unlike OJ... that I was black, maybe for the first time.

Don’t get me wrong,­ this isn’t a boohoo, poor me story. This is merely a story about ignorance and experience, as well as the education and the growth that comes with opening one’s eyes to and reading the room. This is about learning more and more about history - the history that is summarily ignored and never taught in most classrooms.

I knew about apartheid and I knew about Nelson Mandela and the struggle for independence, and I was a huge history buff as a kid. It never connected with me until I was older how much of that history was literally merely about race, because that aspect of it was never taught in school.

Slavery was treated like ancient history, like something out of the bible - tales to understand but move on from, because it wasn’t the world we lived in today. And though there is some truth in that, it’s not until you unpack how much of today's world is informed by “ancient history” that you begin to see how politics, business policies, policing efforts, and society at large are governed by a history of maligning whole groups of people.

So why am I saying all this? Most if not all of us know this, but most if not all of us also have likely learned in the last few years that so much of what we thought was the old world, is still the current. And in order to effect change in our own circles, in our own corners of this world, we must first accept and understand that this is the reality.

Have you ever wondered how much black history you are truly aware of? Have you stopped to think at any point in your life on the things you learned and or did not learn about black history, in the context of the history you were taught?

It is easy enough to carry on every day, living life in a world that seems fine to you. It can be hard at times to understand the things you hear and see from your fellow black friends, colleagues, or acquaintances.

By now, after all that has transpired over the last 5 years, it has probably become harder to not notice when some of the tough conversations are happening. As tough as some of these conversations can be, I promise you, living them is tougher.

I have written, stopped, and rewritten this so many times. There are just so many places to go, so many thoughts, so many feelings. While one should try and come at such things from a logical place, to try and skip over the trappings that emotions can bring, empathy is intrinsically tied to our emotions. They are essential if we are to have conversations about the realities of being black in America… even in 2021.

Every black history month, people love to quote Martin Luther King and share a picture along with it.

They share sentiments of hope and togetherness and peace and peaceful protest. They tend to forget that it was Martin Luther King who said that “a riot is the language of the unheard”. He said -

“I think America must see that riots do not develop out of thin air. Certain conditions continue to exist in our society which must be condemned as vigorously as we condemn riots. But in the final analysis, a riot is the language of the unheard. And what is it that America has failed to hear? It has failed to hear that the plight of the Negro poor has worsened over the last few years. It has failed to hear that the promises of freedom and justice have not been met. And it has failed to hear that large segments of white society are more concerned about tranquility and the status quo than about justice, equality, and humanity. And so in a real sense our nation’s summers of riots are caused by our nation’s winters of delay. And as long as America postpones justice, we stand in the position of having these recurrences of violence and riots over and over again. Social justice and progress are the absolute guarantors of riot prevention.”
(Source)

One might ask: How do we understand this reality?

We have so many resources available to us that can help us learn, not just real omitted history, but also current affairs.

One of the oddest things that happened to me recently was I learned how many people did not know of the Tulsa Race Massacre of 1921 until HBO debuted the single season run of Watchmen.

That it took a fictional show based on a comic book to teach millions of people a history that has always been known is telling of how much might be omitted from official history books and history classes. I was watching this show with my older sister the night it premiered. I knew the history, so as the opening scene depicting this massacre played out, I was shocked to find out in the moment that my older sister knew absolutely nothing of it.

The lack of education and misrepresentation of important history beats that relate not to just black history, but world history, is not limited to Americans - white, black or otherwise.

I mention that specific pinpoint in history because it speaks to a larger problem with American society that a population of thriving black people could be so violently decimated for merely thriving despite America and that this could be treated as not even a foot note in history.

But this sort of mentality encapsulates a lot of modern-day sensibilities. In order to understand why so many black people might be so angry with the things you see happening, you must understand that it’s not because these things just started happening or because of slavery, but because even beyond slavery, these things have never stopped happening. That is where the pain, frustration and general lack of peace comes from.

Beyond examples like this, we have more examples of history people are just learning because of Hollywood telling stories like Judas and The Black Messiah, a film that tells the story of the FBIs involvement in the planning and murder of Fred Hampton, a leader in the Black Panther movement, at the age of 21. Or ‘When They See Us,’ a Netflix film that explores how the NYC justice system falsely accused and incarcerated innocent boys over a murder they never committed.

This case, among many, is one of the examples I have always used as a teaching tool in conversations to help people understand why black people might say “OJ was innocent.” It doesn’t matter anymore that he was or wasn’t. It matters that trust in the system has been so completely eroded that there is almost no way many black people will ever believe anything official that comes from it.

While those films may inform some now of these true horrors black people have long been aware of, these stories should also serve as a reminder to why black people might have little to no trust in law enforcement. Law enforcement which in and of itself spent years serving as an arm to keep black people “in line.”

These are all just a few examples I use that are an easier to find form of learning some things you might have missed. There are more resources out there, in books and on the internet. If you have interest in understanding more of this unsettling reality that permeates through so much of our current infrastructure, here are some resources:

The Good News
At the very least, despite all the things that might sadden us about this harsh reality, understanding that we are aware of it and are aware of the problem is the biggest and most important first step that we as a nation needed to take.

This must never be understated. America’s problem is not unlike an addiction that must be treated. To treat it, the afflicted must first acknowledge it is a problem. Now we get to work on trying to address it.

How do we address it?

Examples of ways to be an ally:

• Listening without intent to disregard

• Educating one's self on history, in terms of not just what you were taught in school, but what was omitted

• Acknowledging that while some people are products of the era they grew up in, the views that are long held by many, must be rebuked

• Take a strong stand against discrimination wherever you see it

I know I have said a lot, it’s taken a lot out of me truthfully, I can go on about this and have conversations about this but I will leave you with this last thought… To a lot of black people, Martin Luther King was Superman. And, before and since after his passing, we have had a few examples of leaders who inspire the same feeling.

The thought I want to impart upon you comes from a quote that I love in its all so inspiring and altogether kinda depressing notion:

“The world changed when Superman flew across the sky. And then it changed again when he didn't. And that is why I'm here.”